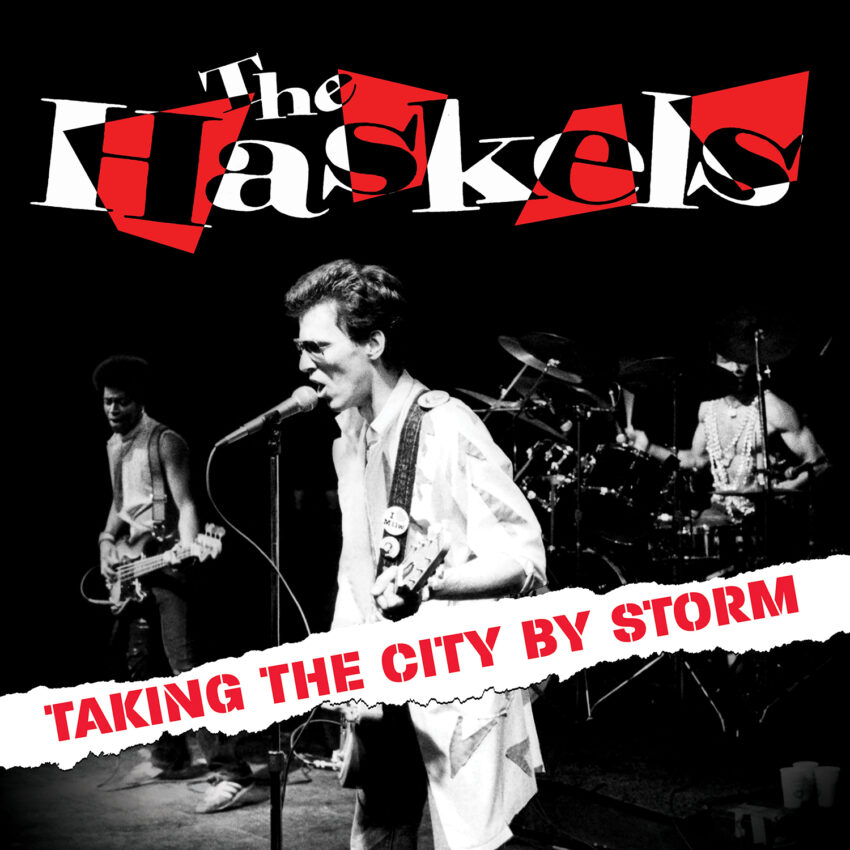 Don’t be flabbergasted. Be calm. Click on the BUY button before it is too late: THE HASKELS have a second LP out, and it is even better than the first one!

Hard Punk Pop From Milwaukee circa 1981

Rising like the phoenix from the ashes of the first version of the band; The Haskels served up heavy doses of three minute, adrenaline-fueled hard punk pop, as evidenced on the highly sought after, Killed by Death bootlegged, “Taking the City by Storm” EP released in 1981 on their own Milwaukee Hits label. Now the full story of the band can be heard, seen, and told.

As the decade turned from the rust belt 70’s to the Reagan-era 80’s, the original Haskels (see their self-titled LP released last year on Splunge) split into two factions, with the local punk/new wave/post-punk scene moving to the gritty Starship club in downtown Milwaukee. The Haskels were instrumental in getting bands to play the venue, including the Oil Tasters, Plasticland, Ama-Dots, Shivvers, Die Kreuzen and a burgeoning Violent Femmes.

The version of the Haskels represented here initially included Presley Haskel and Gerard LaValliere, fresh from the first line up of the band; joined by the crack rhythm section of Bobby Mitchell and Vodie Rhinehardt. Later tracks, including the EP were recorded by the Presley/Bobby/Vodie trio. In either case, the material is a match made in punk pop heaven; coupling Presley’s knife-sharp songwriting sensibilities with a tight unit of A-Team musicians driving the music forward.

“Taking the City by Storm” includes 14 tracks of rare and never before released material from the Splunge Archives. The release is comprised of demos, live tracks and the entire, highly coveted “Taking the City by Storm” EP, remastered for the first time. Co-released with our pals at Bachelor Records, we’re sure you’ll dig hearing these long-lost gems. Distributed exclusively in North America by Rerun Records.

148 thoughts on “THE HASKELS – Taking the City by Storm LP”