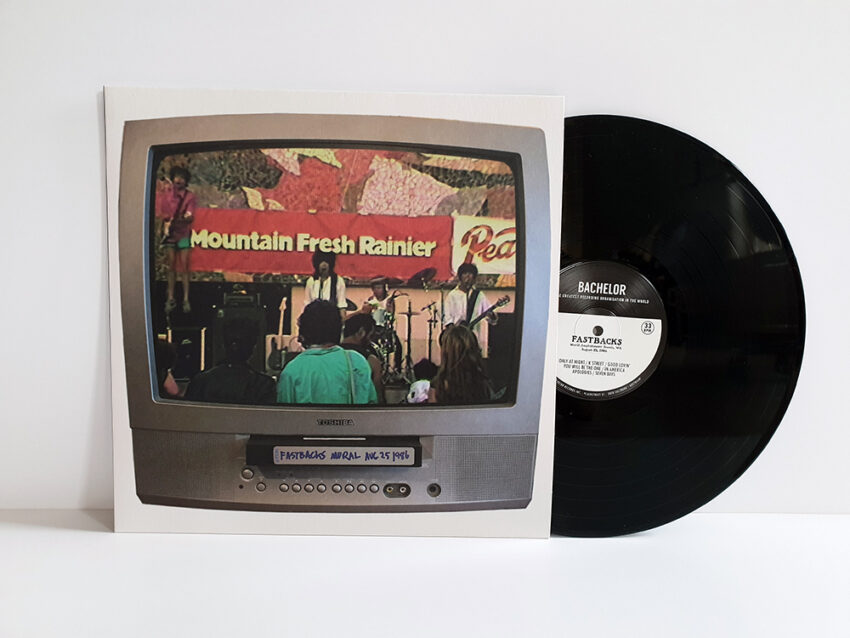 Today, 35 years ago, the FASTBACKS played a open air day show. Here’s the vinyl record to this!

We are always excited about our new releases but this one is pretty pretty special. Oh-my-god-I-cannot-believe-it special. One of our all-time favorite bands is releasing a record on our label. Boom!

Early in the 90ties as I dived into our little punkrock microcosm I found their ZÜCKER album and I immediately knew that this is a special band for me, too sugary for the punks, too rocknroll for the poppunks haha, to weird for the now emerging grunge scene, but still, my little pocketband I told everyone about. And with Glitterhouse Germany running the Sub Pop Europe business, all of their records were available and not expensive. I never saw them live, although I had tickets to their show in Innsbruck, Austria, when they were touring with Pearl Jam, but as fate would have it, their van broke down the day before in Milano, Italy. Goddamnit!

“Trouser Press” once said the FASTBACKS were “always good but never trendy”, now THAT sounds like a perfect fit to Bachelor Records. This live show from 1986 (!!!) captures HOW GOOD they were, how fun their shows must have been and how much fun they had on stage. After Kurt Bloch himself remastered this show for a CD release, we thought this has to be pressed on vinyl of course too! And here you have this whole show (with the exception of the first two songs, the CD version has the audience recording of it, but it is not on the LP, which features the whole multitrack recordings)

TRACKLIST
A1 Only at night
A2 K Street
A3 Good Lovin’
A4 You Will Be The One
A5 In America
A6 Apologies
A7 Seven Days
B1 Wrong Wrong Wrong
B2 The Lights Are On
B3 Somebody To Live
B4 Says Who?
B5 I Need Some Help
B6 Set Me Free